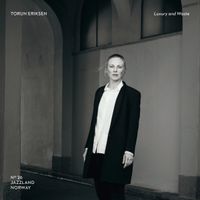 From the recording Luxury & Waste

There is a bird
She is losing height
She sings, she fears no one can hear her right
She sings to mark her territory, her domain
But more than keeping her position she sings to ease her pain

There is a bird
Soon too weak to fight
She sings, she fears no one can hear her right
She sings to keep her memory clear and strong
But more than this she sings to find the one who needs this song

There is a boy
He is afraid of heights
He tries to speak his mind, can you hear him right
He makes up silent songs loud as a cry
They’re keeping him alive, but more than this they keep him asking why

And, why in all of what we want to be, lies all we think we’re not
These two don’t separate, they come in pairs, be that our lot
And keeping up the balance playing the devil and the saint
They remind us we are made of friction
Soon inflammable, soon faint

There is a boy and he sees a bird
She sings a song, a song that he once heard
He knows its notes, its path, its root, its rhyme
But more than this he knows he reached someone this time

And that is it
The give and take
That’s what it means to make it
To know who you are and want to be
And to protect, not break it

Yes, that is it
It’s the give and take
That is what it means to make it
To know who you are and want to be
And to protect, not break it
So you can let the bird fly on and rely on this song in the wind
A boy, a bird